Various microbial profiles in the intestinal microbiota have been linked to inflammatory bowel and systemic disorders, however it's often unclear whether these potential bacteria actively control host phenotypes or passively expand within the changed microbial environment. In this study, we show that colonisation of mice with a member of the Prevotella genus, which has previously been linked to colitis in mice, worsens intestinal inflammation. Prevotella intestinalis affects the ecosystem's composition and function, resulting in a decrease in short-chain fatty acids, notably acetate, and, as a result, a decrease in intestinal IL-18 levels during steady state. Intestinal inflammation was reduced in Prevotella-colonized animals by supplementing them with IL-18. As a result, we infer that intestinal Prevotella colonisation causes metabolic alterations in the microbiota, which limit IL-18 production and worsen intestinal inflammation, as well as the possibility of systemic autoimmune. 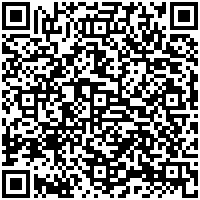