The approximative only nature of Galileo’s “law” has already been evidenced sporadically in the past but its status of “universal law” continues unchallenged in scientific textbooks. The traded misinterpretation of Galileo’s “law” of Free Fall is based on the overseeing that the translational acceleration measured in the Galilean setup (referred to the earth centre) is in fact the vector sum of two Newtonian accelerations, namely that of the falling test body mass m and that of the earth mass M towards the common centre of the participating masses. It can be shown that it is a composite acceleration incremented with respect to the Newtonian acceleration by the factor (M+m)/M correcting the distortion from the “simplest form” caused by the offset of the reference frame. Galileo’s law is therefore only approximately true for terrestrial fall situations with m/M typically in the order of 10-24. Several causes are discussed in the current paper, which has contributed to the missed review of Galileo’s “law”, persisting up to day. 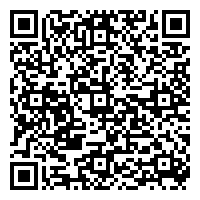