Firstly, the tracking and the stabilization loops for an astronomical antenna tracking system were designed according to the requirements such as bandwidth and phase margin. However, the performances would be degraded if either the tacking loop gain was reduced or the hysteresis effect of servo was enlarged. Thus the PID-based fuzzy-neural controlled was applied the next. But the computing time was very large with 343 rules. This paper proposed two methods to solve this problem. Firstly, a new optimization method was proposed by applying various neural network training algorithms, e.g. gradient descent (GD), scaled conjugate gradient (SCG), and Levenberg-Marquardt (LM) optimization methods are applied alternatively in each step of iteration to determine the optimal parameters of the neural controller. Secondly, a hybrid controller was applied by integrating both a conventional integrator and a fuzzy-neural-based PD-type controller, so that not only the computing time could be reduced, but the error at steady state can be equal zero. Note that the system performances obtained by the proposed method were better not only for parameter variations but hysteresis effects in the system. Thus it was more robust. 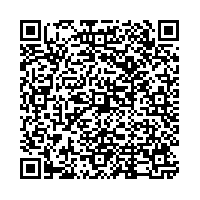