Bipolar high-gravity topology is a theory of the distribution of gravity Space-Time (ST) curvature around a spinning high-mass body. The theory stipulates that gravity converges in the poles as a result of momentum energy being dispensed outward during the body of mass rotation. As a result, the ST curvature in the poles is more acute, while gravity is lower in the direction of rotation. Thus, a stellar object moving North-South (N-S) passes through fluctuating gravity levels around the attractor. This fluctuation causes the formation of elliptical orbits. Observations of the S star group orbiting Sgr A* show that 14 out of 17 identified stars are orbiting elliptically N-S, and the other three orbit East-West (E-W) in a circular profile. Most stars in the Milky Way galactic center orbit E-W. The theory provides a non-Keplerian alternative mechanical explanation of elliptical orbits (N-S) based on this fluctuation of gravity. A similar pattern was identified in the OJ 287 binary BH system and the solar system among the 79 moons of Jupiter. It is suggested that the acute ST curvature at the poles increases gravity toward the midline axis between the poles, with a lateral radius similar to the Schwarzschild radii, which creates a longitudinal column extending outward bidirectionally. Observations of S2 encounters with Sgr A* at the epicenter in 2002 and 2018 showed flashes of bright light, which were longer in 2018. It has been suggested that S2 was passing at the time under the most extreme region of the bipolar high-gravity sector, the Schwarzschild’s vector, and some material fell into the black hole. Observations of OJ 287 showed periodical outbursts of flares at the time the secondary BH passed aphelion and perihelion. This theory can explain such astronomical events as the accretion disks at the poles and their inner working, active galactic nuclei energy outbursts through a narrow shaft from the poles, star oblateness, and flat galaxies, which provide habitable zones for stars and planets. The anomaly of Oumuamua’s trajectory is also discussed. 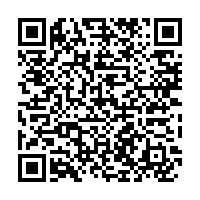