Bioremediation is considered as one of the safer, cleaner, cost effective and environmental friendly technology for removing the heavy metals ions from polluted area. Bioremediation is naturally living organisms to reduce the environmental pollutants into less toxic forms. It is followed by bacteria and fungi or plants to degrade or detoxify hazardous ingredients to human health /or the environment. Heavy metal contamination represents an major environmental problem due to the toxic effects of metals and their invasion in to the food chain leads to serious ecological and health problems. The aim of this study is to screen and characterize the resistance of the Halo tolerant bacteria of heavy metals from hoze Sultan lake in Qom. In this study, Halophilic and Halo tolerant microorganisms resistant to heavy metals nickel, cadmium, copper and cobalt were separated in Qom hoz-e Soltan Lake. Results shows that microorganisms which are respectively 13%, 5/19%, 75/43 and 7.3% of MGM, MH, SWN, LNSWN medium, 62/20% of samples from the environment without salt Nutrient agar was obtained. Resistance to heavy metals in the samples showed that Halo tolerant microorganisms most resistant to nickel and cobalt and cadmium and copper metals are the most susceptible. 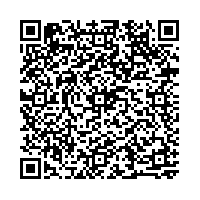