Recent trends in biodegradable polymers indicate significant developments in terms of novel design strategies and engineering to provide advanced polymers with comparably good performance. Various classes of amino acid based biodegradable (AABB) polymers with a wide range of material properties, and suitable for numerous biomedical applications, were designed on the basis of DADEs monomers. However, the scope of the application of AABB polymers could substantially be expanded by designing their functionalized analogues. This can be achieved (i) by combination of DADEs with functionalized DADEs or with other types of functional co-monomers, or (ii) by synthesizing various active pre-polymers with subsequent functionalization by means of polymer-analogous reactions. In the present review we are discussing AABB polymers including: (i) co-poly(ester amide)s (co-PEAs) that contain ample amounts of pendant free lateral functional -COOH groups and having the capability to be coupled with bioactive agents; in addition, these co-PEAs have unusual elastomeric properties and the potential for specific clinical applications like coating materials for drug-eluting stents; (ii) co-PEAs and related polymers with lateral free amino or guanidine groups-cationic polymers (CPs) promising to be used as biodegradable carriers of drugs and bioactive agents, as polymers which form electrostatic complexes with anionic biomolecules and having a potential for the applications in gene therapy and biotechnology for intracellular delivery of nucleic acids (gene carriers), or as polymers with inherent bioactive properties; (iii) co-PEAs with lateral hydroxyl groups also promising as biodegradable carriers of drugs and bioactive agents; (iv) unsaturated PEAs (UPEAs) capable to subjected to chemical, thermal and photo-chemical transformations; (v) epoxy-PEAs (EPEAs) containing highly reactive epoxy groups which are of interest either as “ready for use” carriers for covalent attachment of drugs and bioactive compounds or for farther functionalization via polymer-analogous transformations. All the functional AABB polymers have a potential to be applied as absorbable surgical or pharmaceutical devices. 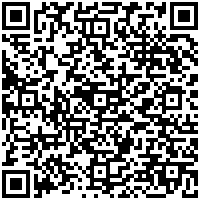