Automation and Safety in the Cockpit

Automation is a necessity in advancement that the aviation industry has implemented and continues to strive to improve. The objective is to make pilot’s and their crew’s jobs easier while making the aviation industry more profitable.  The question is how does it impact both general and commercial aviation as the industry is expanding and exploring new autonomous routes for the future of the industry as a whole.

Full autonomous systems in the aircraft industry were implemented over decades and accidents caused by automation have raised concerns about its future role in the cockpit. As soon as automation was introduced, it did not go unscathed, there were accidents caused by the use of automation in the cockpit. All of these points were taken into consideration while compiling the paper. Taking into account the findings of the Federal Aviation Administration (FAA), the International Civil Aviation Organization (ICAO), NASA, and the National Transportation Safety Board (NTSB), as well as pilot reporting

This presentation aims to discover the correlation between automation and how it affects pilots. The object of the study is to verify automation issues that have gone underrepresented within the industry to see if there is anything that can be implemented or improved to change the outcome. The paper discusses the effect of automation on human factors, safety reports, and what type of accidents happened due to automation. The effects of automation on the crew and personnel, how they prepare for it, and overall trends in automation found from these findings will be discussed to see if there is any real concern with the use automation within the aviation industry. 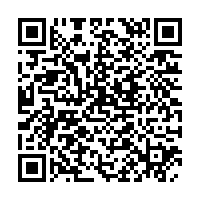