Analysis of Type II Diabetes Mellitus; the Metabolic Condition and its Proper Correction

Important features that characterize type II diabetes mellitus are described in relation to methods used to correct the condition. Unlike type I diabetes, type II is not proven to be an actual disease state since tissue abnormality has not been delineated with any certainty. Rather it is a metabolic condition that typically develops over a chronic time period of high caloric intake. When adipose tissue is filled with maximum triglyceride, assimilated foodstuffs are less efficiently stored even though insulin effects on the membrane of sensitive tissues remain functional. Diabetogenic substances were assayed for potency in causing beta cell damage and hyperglycemia. Their chemical structures were compared with agents used as oral type II diabetic drugs. Insulin dose response curves in stimulating glucose transport are analyzed. Although the use of diabetic oral agents in the treatment of type II are widespread, the reduction in glucose blood levels these agents achieve, to what would have been considered a normal range, is nevertheless abnormal. The proper treatment of type II involves caloric reduction to avoid prolonged hyperglycemia without use of oral drugs. Since elevated levels of insulin with largely intact functional effects characterize type II diabetes, it is not considered a disease but rather a state of over-nutrition. 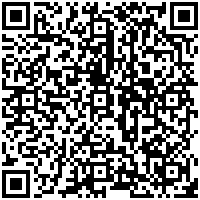