Novel Drug discovery and the development of new medicine is a time-consuming, complex, costly and highly risky process. This is the reason computer-aided drug design (CADD) approaches are widely used in the pharmaceutical industry to accelerate the procedure and the hit rate of novel drug compounds, as it uses a much more targeted search than the traditional HTS. On an average of 10 to 15 years and US $500-800 million to introduce a drug into the market along with the synthesis and testing of lead compounds. Therefore, it is beneficial to apply computational tools in hit-to-lead optimization to cover a wider chemical space while reducing the compounds to synthesize and test in vitro. Homology modeling is used for the prediction of three-dimensional structure of the protein, whereas molecular docking is been performed to study the interaction of a drug molecule with the protein. The best orientation of docked structure (ligand-protein) obtained based in the overall minimum energy. In silico methods are used to identify potential drugs for various diseases. Thus, computer-aided drug designing has played an integral part of the drug discovery process. The main purpose of this review article is to give a glimpse about the part Computer Aided Drug Design has played in present medical science and the scope it conveys in the near future, in the service of designing newer drugs along with lesser expenditure of time and money. 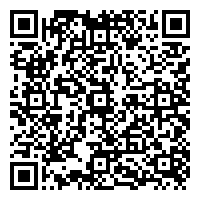