School of Science and Engineering, University of Glasgow, United Kingdom

An intuitive way of performing young’s double slit experiment have been proposed which can mark an end to the long-lasting debate of wave-particle duality. Insights related to it have been derived from the understanding of nature which include a hypothesis. Observer effect went obsolete and observed result matches with classical physics results.

The earth is tilted at 23.4° with respect to the sun, to make it simple only earth’s rotation in a certain plane is taken into consideration, it must be radiating gravitational waves at this angle while the effective surrounding gravitational waves are coming from the sun at an angle of 0°. A web of infinite and increasing quadrilaterals will be created in between them which can be approximated as a parallelogram over a short distance [4].

A beam of light having wavelength λ is projected onto a linear polarizer to make the beam plane polarized and then it isprojected onto the double slits tilted at an angle of 23.4° with respect to the polarized beam, slits are separated by a distanced.

When photons are allowed to pass the tilted slits without measurement then only two bright spots are spotted on the screen, no interference pattern was there. Same results are obtained with measurement, making observer effect obsolete. Explanation of results.

Light can never be a wave though it behaves as a wave. Reason is as follows: using hypothesis one, speed of photon travelling in space-time is c, whereas speed of gravitational waves travelling in space-time is c2 [4]. This is only possible when photons are rotating with a speed of c and they are moving with a speed of c2, so the relative speed of photons becomes c, i.e. the speed of light. In modern terms, we call this photon’s movement over gravitational waves as polarization of light.

Though the experiment was conducted at home with favourable results as predicted by classical physics. Light is always a particle and god doesn’t throw dice. Scope of this paper can be extended in form of diffraction grating, as similar results should be obtained if we make a slit of parallelograms, having one angle equal to 23.4°, instead of squares. 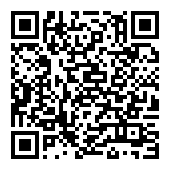