The Implausibility of Gravitational Waves

Gravitational waves are alleged disturbances in the curvature of hypothetical 4-D spacetime that are presumed to transport gravitational energy in a manner akin to that of electromagnetic radiation. Unfortunately, four-dimensional spacetime is a mathematical fiction that does not exist, does not curve, does not interact with gravity, and does not generate gravitational waves.

Gravitational waves are alleged disturbances in the curvature of hypothetical space time supposedly generated by accelerated masses that propagate as waves outward from their source at the speed of light. They were proposed by Henri Poincaré in 1905 and subsequently predicted in 1916 by Albert Einstein in his theory of general relativity [1]. Gravitational waves are presumed to transport energy as gravitational radiation, a form of radiant energy similar to electromagnetic radiation.

General Relativity (GR) is the geometric theory of gravity that has become the accepted definition of gravitation in modern physics. GR proposes that gravity is the result of a geometric distortion of four-dimensional space time by massive objects. The more mass that produces gravity in a body, the more distortion you get. This distortion supposedly changes the trajectory of objects moving through space and even the paths of light rays as they pass by massive objects.

Unfortunately, GR theory suffers from two fatal flaws: (1) as an abstract (nonphysical) form of mathematics, geometry is incapable of interacting with any physical force (e.g., gravity); and (2) space time is a mathematical fiction. Geometric space time does not exist, does not curve, and cannot possibly interact with or be affected by gravity [2].

Four-dimensional space time is a mathematical fiction. Time measures the changing positions of objects and sequences of events that occur within space. Time is an abstract (nonphysical) measurement within the 3-D. Time cannot be extracted from space and projected onto a fourth supposedly physical axis with its own independent set of reference points. Whatever model one creates that includes mathematical measurements of an intangible dimension cannot possibly be real. To believe in space time is to believe in at least one direction to which one cannot point [2]. Space time cannot generate gravitational waves because space time does not exist.

In 2015, scientists claim to have detected gravitational waves using a very sensitive instrument called Laser Interferometer Gravitational-wave Observatory (LIGO) [3]. These presumed gravitational waves appear to have been generated when two black holes crashed into each other. This collision happened 1.3 billion years ago but evidence of it did not reach Earth until 2015.

LIGO is a large-scale experimental observatory designed to detect cosmic gravitational waves. It consists of two detectors situation 3,002 km apart. Each L-shaped facility has two arms positioned at right angles to each other and running 4 km from a central building. Lasers are beamed down each arm and bounced back by mirrors. LIGO has two observatories to rule out that a potential gravitational wave signal is not caused by a localized terrestrial disturbance [4,5].

Laser interferometry is a technique in which light from a single source is split into two beams that travel in different optical paths and then re-combined at a common detector [7]. A minuscule change in light frequency on one of these beams is interpreted as a difference in its optical path length, presumably suggesting that the light source has moved a tiny bit during the time it took to split and recombine the two beams.

On September 14, 2015, both LIGO observatories heard what astronomers call a chirp, a sine wave of amplitude 32 Hz lasting for 0.2 second [8]. This chirp was a momentary irregularity in the electromagnetic radiation being measured by both detectors.

Gravitational attraction creates an accretion disk of gaseous matter that spirals in toward every black hole [9]. Gravitational and frictional forces compress and raise the temperature of the material in this disk, causing the emission of electromagnetic radiation which can be in the X-ray part of the spectrum [10].

When two black holes merge, their accretion disks generate a tiny spike in frictional heat lasting for a fraction of a second. It is this spike in heat that LIGO measured rather than alleged gravitational waves.

Frequency at source is a function of temperature. As an example, the temperature of the accretion disk surrounding the super massive black hole at the centre of the Milky Way is estimated to be 10,000 °C, causing it to emit X-rays just outside the event horizon.

The frequency spike of 32 Hz observed by LIDO represents an increase of less than 0.0000000001% in X-ray frequencies, thus indicating an insignificant increase in temperature generated by the collision of accretion disks surrounding two black holes.

General relativity, the geometric theory of gravitation, has been disproven [2]. Four-dimensional space time does not exist, does not curve, does not interact with gravity, and does not generate gravitational waves. LIGO has measured minuscule increases in frictional temperature generated by the collision of accretion disks surrounding two black holes, which measurements have been falsely presumed to have been caused by hypothetical gravitational waves. 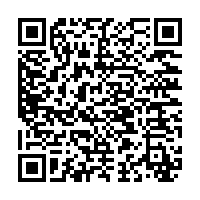