Using the AAVSO database of photometric observations, the light curve of the symbiotic star CH Cyg was constructed for 1963-2021. Analysis of the light curve showed that all minima correspond to variations of ~750 days, excluding the period of the outburst of stars. Periodic analysis of the brightness and radial velocities of absorption lines was carried out using the Fourier scargle analysis. The light curves for 1966-1976 and 2000-2005 revealed a period of 750 days, corresponding to the relatively quiet state of the star, and 751 days for the velocities of the absorption lines of the red giant. The radial-velocity curve is ahead of the light curve by 0.30 phases.

Symbiotic stars are interacting binary systems consisting of red giant and white dwarf cover surrounding it. The material source of the cloud is red giant which loses its substance by star wind and pulsation, the energy source is the hot white dwarf.

CH Cyg is the brightest symbiotic stars and is situated in 270.66 parsecs distance [1]. For many years it was considered to be a simple red giant pulsating in 100 days of periodicity. Until 1963, no sign of a symbiotic system - ultraviolet continuum and hydrogen emission lines – were observed in its spectrum.

CH Cyg is one of the most studied symbiotic stars. Its properties, however, are still not well known. Two main periods, about 15 years and 750 days, are known in the photometric and spectroscopic variations, and two models are proposed for these origins. One is a binary system with an orbital period of 15 years consisting of a hot component and pulsating red giant with a 750-day period.

Yamashita & Maehara found a periodic variation by 15 years in radial velocities of absorption lines of the M-type giant. This period was confirmed in following publications [2-4]. Hinkle et al., Mikailov measured radial velocities of absorption lines of the M-type giant in the infrared region and found that another periodic variation by about 750 days was superimposed on the period of15 years [5,6]. They proposed a triple system model consisting of a symbiotic binary system with an orbital period of about 750 days and third component, probably G-type dwarf, with an orbital period of 15 years. Hinkle et al., however, proposed another model with additional observations, where the orbital period of the symbiotic binary system was 15 years and the period of about 750 days was due to a pulsation of the M-type giant [7]. Iijima et al.analyzed the spectra obtained for the period from 1995 to 2004, which covers the active stage in 1998-2000, and confirmed the model of the ternary system [8].

In this work, our goal is to first construct a light curve of the symbiotic star CH Cyg based on the AAVSO photometric database for a long period (58 years) 1963-2021 and then to detect possible periodic changes, and then to conduct analysis by comparing the absorption line radial velocity curve with the light curve (we have conducted the analysis).

Analysis of the light curve

FIG. 1 shows the light curve constructed in the visual and V filters of the CH Cyg symbiotic star for the period 1963-2021 using the photometric observations database of the American Association of Variable Star Observers (AAVSO). As can be seen from the figure, the CH Cyg symbiotic star showed different character changes at different times. There were several active stages during the years 1977–1985, 1992–1995, and 1998–2000. During the most prolonged active phase (1977-1986) there was a sudden drop in the brightness to V~10m.

Since 1976, the star has undergone significant changes. Since 1978, the CH Cygni symbiotic system has undergone the largest ignition in terms of star size and time. This ignition peaked in 1984. In 1984, the star was even visible to the naked eye, reaching a magnitude of 5.4. From mid-1984, when the star reached its pre-ignition size, the star's light began to decline sharply. After igniting in 1986, the star's light dropped to 2.5m. Usually cooling goes slowly after ignition in classic symbiotic stars. In the CH Cyg symbiotic system, on the other hand, the size of the star began to fall sharply. The star has been weakening since 1986, reaching its lowest minimum in mid-1996.

The analysis of the light curve shows that the visual star size of the symbiotic star CH Cyg was 5.4m at maximum and 10.5m at minimum.

As can be seen from FIG. 1, stable periodic changes in the light curve of the star are best detected in the relatively quiet state of the star.

Figure 1: Light curve of the symbiotic star CH Cyg for the period 1963-2021, according to AAVSO Figure 4: Power spectrum built in the frequency range 0-0.01 for the V value array.

Analysis of the radial velocity curve Figure 6: Long-term velocity is subtracted from each observed velocity

Again, using the windows version of Scargle, the period estimates for the radial velocity curves of the absorption lines was discussed. FIG. 7 shows the power spectra for the radial velocities. The highest peak (maximum) corresponds to a value of 0.00133 of the frequency in the power spectrum. From this value of the frequency, it gives that period is 751.8 days (P = 751.8d). We acknowledge with thanks the variable star observations from the AAVSO (American Association of Variable Star Observers) International Database contributed by observers worldwide and used in this research. 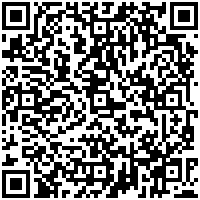