It is known that the number of nuclonous in a nuclei is multiple four plays a large role at determination of properties of nucleus.

Foremost at the nuclei of containing an even number protons and neutrons spin of nucleus equal to the zero. To this group of elements belong helium

. Because the nucleus of helium

In table (picture 1) is presented the variant all even nuclei, since the nucleus of helium

Gonrned, used for the constraction of this table following:

This energy links the chain of nuclei.

Therefore there are two chains of nuclei.

In lines the numbers against the name elements stand mass of isotopes.

appears from a nucleus of helium addition of another nucleus,

or addition of isotope of helium,

For carbon is brought four isotope

The chart of formation of there isotopes is such,

Another example of formation of isotopes of calcium,

to uranium. If this value is positive, then of nucleus of helium

becomes formative, if this value becomes negative then the isotope of helium 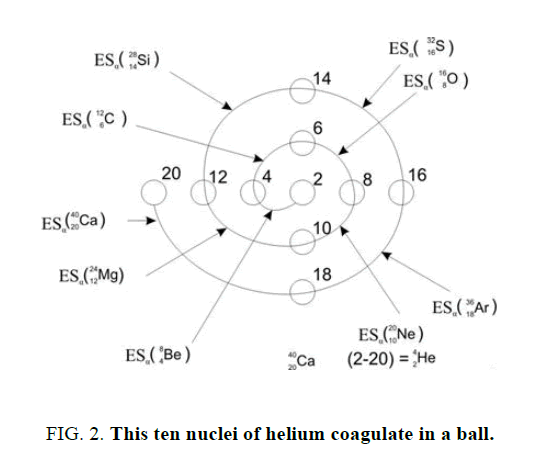 Figure 2: This ten nuclei of helium coagulate in a ball. 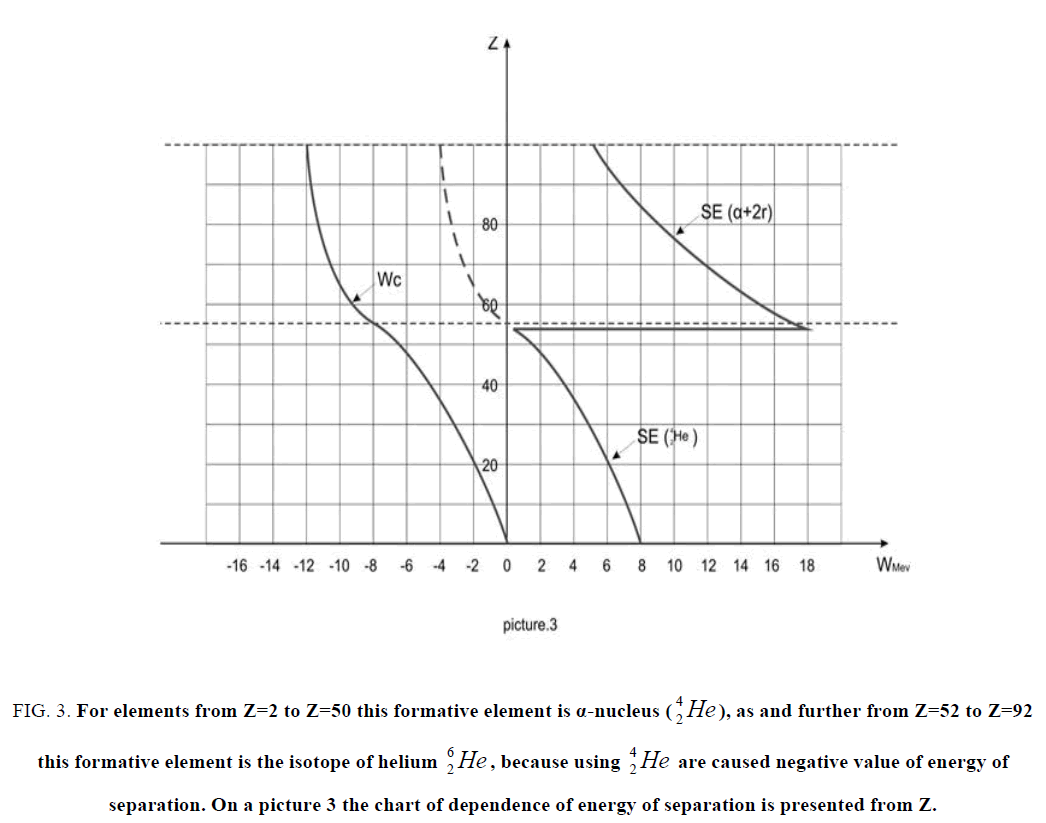 are caused negative value of energy of separation. On a picture 3 the chart

of dependence of energy of separation is presented from Z. Figure 4: Division of nucleus of uranium on two parts making 2/3 basic nucleus devides the break of chain near a nucleus.

Table 1: In a right side pictare 2 the value of energy of separation (ESα) and isotope helium is presented from COO responding clements.

Chain of nuclei convolves in a ball. Similar below. Division of nucleus of uranium on two parts making 2/3 basic nucleus devides the break of chain near a nucleus where ESα goes across through a Zero. Placing of the superfluous no included in a?-nuclei neutrons (n=A-2Z). To find a radius, where potential energy of coulomb forces is equal to 10 MeV.