Highly Cited Article in Journal of Physics and Astronomy: Foundation of Vortex Gravitation, Cosmology, and Cosmogony

A hypothesis is proposed concerning the cause of the origin of universal gravitation. This cause consists in a system of the ether vortex rotations. Physical and mathematical grounds are described and the formula for the determination of the space gravitation forces is deduced. On the basis of the vortex gravitation, the principles of creation and existence of the celestial bodies are shown. Methods of the use of the vortex gravitation properties for the space flight projection are proposed.

Foundation of Vortex Gravitation, Cosmology and Cosmogony was written by Sergey Orlov in 30th October 2012, highly cited article which was published in Journal of Physics and Astronomy in Volume 1 and Issue 1. The journal was also founded in 2012 and that time this article was published in the second article of the Journal. The overall citation of Sergey Orlov article is 35.

Foundation of Vortex Gravitation, Cosmology and Cosmogony also helped to enhance the h-index and i-10 indexing of the journal. The h index was proposed by J.E. Hirsch in 2005, h-index is an author-level metric that measures both the productivity and citation impact of the publications, initially used for an individual scientist or scholar. The index is based on the set of the scientist's most cited papers and the number of citations that they have received in other publications. The i10-index was created by Google Scholar as an index to rank author impact. Simply, it is the number of publications the researcher has written that have at least 10 citations.

Sergey Orlov in his article discussed about the proposed model of gravitation, cosmology and cosmogony is based on an assumption that the initial cause of rotations of all the celestial objects or their systems in the Universe is the vortex rotation (in corresponding space regions) of a gaseous cosmic-space medium, viz. the ether. The ether rotation occurs according to the same law as the rotation of a celestial body. In the solar system (torsion), the vortex-type ether rotation has the torsion character and corresponds to the circulation of the planets around the Sun (the Kepler 3-rd law). The torsion-like vortex ether rotation creates an ether pressure change inside the torsion in accordance with the aerodynamics laws. The pressure gradient in the space medium creates the expulsive force acting onto the bodies located in this medium, and this force is directed toward the center of the torsion FIG.1.

Figure 1: Picture of citation in Journal of Physics and Astronomy

Here is the hyperlink of Foundation of Vortex Gravitation, Cosmology and Cosmogony

Journal of Physics and Astronomy highly thankful to Sergey Orlov because it has been helped to enhance the Journal citation as well as help for readers also. 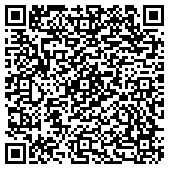