Utilizing variable capacitors, electrostatic energy harvesters transform kinetic energy into electrical energy. Lack of knowledge of the upper limit for energy conversion efficiency hinders efforts to increase power production. The theoretical maximum conversion efficiency of heat engines is inextricably linked to entropy and the second law of thermodynamics. To set a conversion efficiency limit, it may be required to lay the groundwork for comparable ideas for kinetic energy harvesters. Thus, for the first time, the mixing entropy notion from statistical mechanics is used to describe the energy transfer between linked mechanical-electrical oscillators.

The most common source of energy harvesting to power miniature sensors in a range of applications continues to be ambient vibrational energy. Through electromagnetic, piezoelectric, or electrostatic transduction, vibrational energy in the environment is transformed into electrical energy. The first two transduction processes serve as the foundation for all kinetic commercial harvesters Examples are the piezoelectric generators from MIDE technologies or Piezo and the electromagnetic generators from XIDASIOT or EnOcean. Microscale variable capacitor-based electrostatic harvesters are still in the research stage since their performance is insufficient to meet current power requirements. The power output of this sort of generator is being increased using a number of techniques, such as impact-based harvesters, parallel coupling, and innovative device geometries. Uncertainty about the variables that affect the theoretical upper limit for power conversion is still a typical problem. In reality, despite the fact that a number of metrics, including efficiency, efficacy, and figure-of-merit, have been put forth in the past, a common measure to evaluate the performance of electrostatic harvesters has yet to be developed. In accordance with this, Roundy presented an electrostatic harvester-specific efficacy formula. The coupling coefficient, quality factor, and baseline material density terms are still dependent on the established effectiveness, which may not provide the essential insight into the maximum power that may be gathered. Halverson sent a letter to address the issue of electrostatic energy harvesters operating at or near their basic limit. The examined system consists of a spring mass connected through a variable capacitor to an inductance-capacitor circuit. Entropy is produced when the electrical and mechanical subsystems are combined. The governing equations of the systems and their energy terms are studied non-dimensionally [1]. Under the assumptions of a conservative system, weak coupling between the electrical and mechanical domains, and identical natural frequencies for the two oscillators, changes in mixing entropy are contrasted with trends in the system's overall energy. It is discovered that the peak efficiency of the energy transfer between the two domains may be predicted by mixing entropy. For the scenarios under study, the mechanical domain energy to total system energy ratio of 67% results in the highest mixing entropy and effectiveness values.

Overall, these works demonstrate a thorough grasp of the relationship between mechanical and electrical systems, the damping effect, and the parameters required to increase power There is still a need to determine an actual theoretical maximum for the energy gathered by those devices a measure of how much energy may be obtained from a particular mechanical vibration energy input Other energy conversion technologies are distinguished by efficiency that has a theoretical upper bound. The Carnot efficiency for heat engines or, as an illustration, the Wind turbine Betz limit. A basic limit is similar to the Carnot efficiency will always entail researching a system without losses that can reverse, Since the efficiency of any irreversible system can never be lower than that of this system, The concept of entropy and the second law of thermodynamics has been applied to other engineering disciplines such as fluid mechanics, electricity, information theory, mechanical vibrations, and statistical energy analysis because they play a significant role in determining the fundamental limit of energy conversion efficiency in both heat engines and wind turbines. In order to establish a basic limit for energy conversion, it may be beneficial to investigate an entropy-like idea for vibrational to electric energy conversion systems, and this work is carried out here [2]. The idea behind electrostatic vibration energy harvesters is that when two electrodes are exposed to external vibrations, their capacitance will change as the capacitance can be changed by varying the distance between two electrodes, the area where the electrodes overlap, or the dielectric between the two electrodes based on the parallel plate capacitance formula, numerous structures have been proposed for electrostatic energy harvesters. In essence, linked electromechanical oscillators-like those detailed in the next section-make up electrostatic energy harvesters. Since the early 1960s, power flow in linked oscillators has been studied. The heat flow analogy was initially suggested by Lyon and Maidani to solve this issue Later, in a ground-breaking paper, Carcaterra provided an entropy-based formulation of the power flow in linked mechanical oscillators. The oscillator's entropy was defined based on its average modal energy. 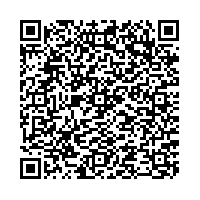