B. FengÃ¢ÂÂs Theory: The Prediction of Mass Spectrum of Elementary Particles and the Confidence of at Least 4-D Space-Time (PartÃ¢ÂÂ )

After the successful description of quantum mechanics, the focus at micro level of physics has removed from atom scale onto the subshell of elementary particles. Standard model and superstring theory become the landmarks in the field since 1964 and 1969. The prediction or explanation of mass spectrum of elementary particles (their regularly summarized work have done by several scientists in different ways [1-3] is one of the necessary tasks of the theories. Standard model is a well self-consistent theory. It showed us its clear view of the elements in subatomic scale. However, it exposed an embarrassed method in its theory, that it predicted the mass spectrum by pulling in as much as 19 experimental parameters even including quite some of the masses of elementary particles. The main fault is it can’t unify the four field forces and can’t tell the origin of charge etc, properties.

The superstring theory is considered to be an ideally the latest theory is that it eliminates all the defects of standard model with perfect symmetries mathematically. Its disadvantage is the difficulties in solving the exact solutions. Fortunately, a new proposed scheme [4-8] solved the problem wisely. It is called as B. Feng theory here and solemnly introduced and commented and improved in this paper.

General Introduction of B. Feng’s Theory

Mr. Biao Feng was born in 1969 in China. As a teacher he worked in Zhanjiang Institute of Technology insisting on his lone favorite research work in field of fundamental physics for many years. He published several relevant papers in native language since 2010 and completed his theoretical system in about 2016.

Essential framework of the theory

The character of the movement of matter in subatomic scale is the satisfaction of symmetries in its physical dimension space. In present theory, Einstein’s 4-D space time concept was adopted and the symmetries exhibit among the 4-D physical space. The elementary particles and their properties to us (3D) are the projections of 4-D movements of subatomic matter. In other words, as the symmetries decrease with dimensions, the physical quantity is created by projection. The structures and properties of elementary particle are essentially that of the topology of manifold. B. Feng didn’t mentioned any words referred or related to the famous theory of superstring in his theory, nevertheless his mathematical world view of physics is somehow like that of the superstring. The highlight point is that, unlike superstring theory (one-dimensional strings vibrating in several patterns in curved 11-D space), the B. Feng’s does not describe the detailed patterns of motion mathematically; therefore one has no trouble for solving those unsolvable equations. In B. Feng’s theory, the resolutions are actually present by the natural matter world. We just need to collect and distinguish and unity them by symmetry method, no bother to do the fussy ab initial calculations.

In B. Feng’s theory, the introduced parameters are integer natural numbers, geometric numbers and general universal constants and laws. Only two arbitrary parameters are introduced in. One is about the photon which was assumed to be the essential measuring reference; the other is referred to curved space.

Achievements of the theory

In B. Feng’s theory, one can predict the kinds of elementary particles and calculate the mass spectrum. Other essential such as charge and spin etc. attribute can all be predicted in the powerful theory. Furthermore, it can derive or calculate some physical constants such as Planck’s constant and Hubble constant. The key point is that, it can unify the Four Field Forces to some extent.

As the B. Feng’s theory contains so many items, just the mass spectrum calculating part is introduced and improved in this paper for an easy reading.

Primary part of B. Feng’s theory

The supersymmetry of four-dimensional spherical surface can be expressed by 4-D regular polytope. There are six kinds of regular polytopes in 4-D in geometry. The cells are 5, 8, 16, 24, 120 and 600 respectively.

Assumption 1: As the fourth dimension of time (T) is exist in imaginary form (ict) with the speed of light in four-dimensional space, the world is then half measurable and the other half is immeasurable. Photon is assumed to be the essential manifolds of space-time (?0 is expressed its curvature). The quantum photonic base is the particle at critical point; it contains two sides of measurable and immeasurable ones. All other elementary particles manifolds’ curvature (ρ) is quantized to be n times of photon’s, as

Expressed in radius of curvature (R), we have,

Where, n is positive integer.

As the ratio of volume (V) equals the inverse ratio of cells number to regular polytopes, so in four dimension space we have,

Where, n is positive integer and N the cells number.

Solving the equation in (2), the apparent solution is only that of n = 2 , and N = 16 . It showed us that the elementary particles’ manifolds of space time can only express by 16 cells of regular polytopes and its radius of curvature is then appeared to be multiple relationship of 2.

As mentioned above that, R has multiple relations of 2. Then the R has three probable values, expressed as:

Where, i is the layer number. Three values of Ri correspond to three layers of structure of matter. And photonic base quantum is a single cell of 1 kind particle.

In layer 1, it contains 16 cells of photonic base, as half of them are measurable, the kinds of particles are 16/2=8.

So, the total kinds of elementary particles can calculate as (not concluding the anti-particles):

Where, J is sequence number of position and

. As half of them is immeasurable, then for measurable particles,

Calculating of Mass Spectrum of B. Feng’s Theory

According to the equivalence of mass (m) and energy (E), we have

, using the perimeter of manifolds instead of λ , we have,

is then to real space axis. It shows clearly in Figure. 1.

so for a particle we obtained the formula as:

In order to exhibit the charming formula (7) clearly, the details of some of the calculation processes is expanded respectively, rather than simply list the results in table.

As to electron, the structure symbol is B(9), then,

As to electron neutrino, symbolled by B (1), then,

Effect of curved space (Improved part of B. Feng’s theory)

According to Einstein’s general relativity, the mass will cause an apparent curvature in its nearest space and so is in micro elementary particles. In subatomic scale, the space is no longer a Euclidean one, but Riemann’s; the 16-regular polytopes is then curved. As a consequence, the direction mode changing angle at the outmost layer must be adjusted by a factor (k), however the shape mode changing angle is remained.

Assumption 2: Considering the effect of curved space, the direction mode changing angle of outmost layer is arbitrarily adjusted by a factor k, and

From this, the adjusted mode changing angle δ’ can express as:

Using δ’ instead of δ in formula (7), one can recalculate some masses as following, Proton has the structure symbol of B (9, 7). Then the next particle would symbolled by B (9, 8) and it has overlarge mass value than that of proton. It is a kind of particle but not the neutron. It showed us that neutron is not an elementary particle but a composite one in the B. Feng’s theory.

The predict electron neutrino’s mass would has large deviations compared with experimental because of its less value at magnitude of about keV level. It is comprehensible, that when the energy is below about keV, the symmetry would break severely [9].

The frame work of B. Feng’s theory is perfect. Their result in the calculation of mass spectrum is satisfied. However, some aspects of it are immature at present and needed further developing. The success of B. Feng’s theory convinced physicists the existence of at least 4-D space time in subatomic scale. 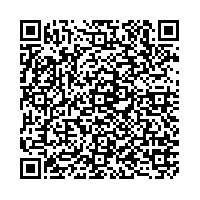