Thus far, a unique formula for calculating the rotation period of planet in the solar system and star, for example, the sun in the Milk Way system remains a challenge. This puzzles astronomer for centuries. The next section represents my attempt to derive such an formula and uncover the nature of rotation.

Suppose an object is a sphere with a uniform distribution of matter. If we let the rotational speed of an object in the tangential direction, for example, a planet in solar space, be equal to its orbit velocity, its radius would expand by X times. Then, according to traditional physical theory and Newton’s law, we have the following equation:

So, t, the rotation period of planet or star may be calculated by the following formula (TABLE 1):

between the centripetal acceleration

(coming from mass or mass distribution) and the centrifugal acceleration

(coming from the rotation) (TABLE 2) [1]. G is the gravitational constant. So, this gravity may be called net gravity.

TABLE 2. The value of the centripetal gravitational acceleration

of the centrifugal gravitational acceleration

and of the net centripetal gravitational acceleration (g) calculated by formula.

Note: The unit of acceleration is

The rotational speed of an object in the tangential direction, vt may be directly calculated by the following equation:

Let X2 be divided by

and combing 1, the following equation is obtained:

Combing (5) and (6), we obtain the following equation:

t0 can be here considered as an inherent rotation period of an object. The values of t0 for planet and Sun in solar system are listed in TABLE 3.

The equation for calculating the object’s inherent rotational speed in the tangential direction is as:

The ratio between inherent speed and rotational speed in the tangential direction is calculated as following:

In words, the tangential rotation speed of an object slows down as it shifts from an inherent state to a non-inherent. If the reason for this slowing down is attributed to a result of a resistance ( Fr ) according to Newton’s law, the work, Ef , done by this resistance is equal to the difference between the rotational kinetic energy in the inherent state ( E0 ) and that in the non-inherent ( Er ). This energy can be calculated using the following equation:

So, the rotational resistance ( r F ) as it shifts from an inherent state to a non-inherent may be calculated by the following equation:

represents the Centripetal gravity of an object that comes from its mass.

represents the centrifugal force that come from object’s rotation. The rotational resistance is exactly half the difference between the two forces.

So, the formula 3 may be rewritten as following:

The gravity (g) on the Earth's surface varies around from 9.7639 ms-2 on the Nevado Huascarán Mountain in Peru to 9.8337 ms-2 at the surface of the Arctic Ocean because the earth is a sphere with uneven distribution of matter [2]. In 1901 the third General Conference on Weights and Measures defined a standard gravitational acceleration (g) for the surface of the Earth: g = 9.80665 ms-2 [3-7].

However, according the result calculated by the equation

of a rotation object depends on inherent mass, mass distribution and radius. The centrifugal acceleration

of a rotation object coming from its rotation depends on the rotational radius, orbital velocity and X value.

If the rotation speed is equal to its orbital velocity of the solid planets in the solar system (at which, X value is equal to 1), the centrifugal acceleration

would be very larger than the centripetal acceleration

. Then, they should lose their ability of cohesion and tend to break down into pieces. This is why solid planet has a big X value and a long rotation period or a slow rotation speed.

Although the X value of the Jupiter and Saturn is nearly to 1, the value of

for them is still bigger than that of

because of their mass is particularly large. Therefore, the gas planet is stable.

The above phenomenon is summarized as a principle that is, the principle of mutual adaptation of celestial body between rotational period and orbital speed. The principle is, t cannot be smaller than t0 or vt cannot be greater than v0.Otherwise, the celestial body will disintegrate into pieces. It is advisable to use t is close equal to t0 or vt close equal to v0 as the critical point for the disintegration of celestial bodies. This may explain the formation of asteroid belt, Kuiper belt and planetary rings, as well as why large mass of planets and moons must be located in the middle zone of the system.

The cause of rotational resistance is unknown. It may be related to gravitational field viscosity.

Orbital motion is the premise of rotational resistance for rotational objects. Amplification factors (X) play a key role in calculating the centrifugal acceleration and centrifugal force generated by rotation.

Because there is an inherent rotational period, it can be said that rotation is one of the properties of objects in space. The rotation period of object can be accurately calculated by the formula 3. The value of the rotational period of planet and Sun, including asteroids and comet, for example Ceres and Halley comet , calculated by the formula is 100 percent consistent with observations in the literature in an accurate to seconds. So, this formula applies not only to planets and stars, but also to asteroids and comets. The rotational period of Saturn calculated by formula is equal to 10 hours 33minuts 3.28 second. In other words, this formula applies to all rotational objects in space [9-11]. This also shows that the theoretical assumptions of amplification factor and spin resistance are correct.

The rotational period of planet and Sun, including asteroids and comet, for example Ceres and Halley comet, calculated by the formula is 100 percent consistent with observations. This formula applies not only to planets and stars, but also to asteroids and comets. In other words, this formula applies to all rotational objects in space. The square of an object’s rotational period in space is proportional to the cube of its radius and inversely to its net effective rotational mass. 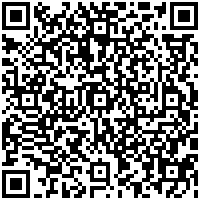