Theory About the Universe - “And There Was Matter”

At first, with the Big Bang, there were energy. And then, matter appeared... How? My vision is that a precise orchestration gave birth to elementary particles at a given and predetermined energy level (cosmic DNA). Early moments of universe were very hot (more than 10 billions of degrees K). I think the very firsts to handle this energy were tachyons in supra-gamma radiation above the speed of light and that they are responsible for dark energy in an antimatter universe. At this point, energy was high enough and dense enough to give rise to matter in a form of quark-gluon plasma or quark soup. I believe that decreasing energy gave rise to particles-antiparticles in a decreasing order of mass (quarks (t and b), taus, muons, quarks (c,s,d,u) according to “cosmic DNA”. At about 3000 degrees K, photons took the relay in gamma radiation at the speed of light. It took the form of an electric plasma composed of free electrons and neutrinos while gamma energy created this through pair production. My thought is that speed-mass duality of residual photons (that did not create elementary particles) gave birth to an obscured mass called: dark matter. This whole process created all elementary particles that have amalgamed and organized to form, among others, protons, neutrons with gluons to create the very first atom of the universe: hydrogen. When the hydrogen cloud ends up generating a star under the effect of gravity, the huge thermonuclear furnace began to make heavier atoms (atomic matter) necessary to build this material universe 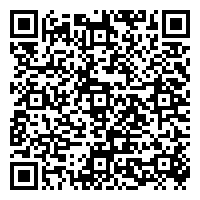