The study of the radiation effects in microelectronic devices is essential in the space, avionic, and ground level applications affected by artificial and natural radiation environments, where the reliability is one of the most important requirements. The Total Ionizing Dose (TID) degradation mechanisms in several modern nanometer-scale technology nodes, we investigate in this paper work. The analysis of the TID mechanisms is focused on the evaluation of measurable effects affecting the threshold voltage of the devices and on the identification of the microscopical nature of the radiation-induced defects. Several transistors, based on Gate All Around (GAA) MOSFET nanowire structures of different manufacturers, have been simulated under ionizing radiation at several temperatures, bias configurations, annealing conditions, and transistor dimensions. Several different techniques, as NBTI static characterization, charge pumping and low frequency noise simulations as well as Technology Computer-Aided Design simulations, were used to identify location, density and energy levels of the radiation-induced defects. TID mechanisms have been studied following the technological evolution of the devices at nodes: 20 nm Si-based MOSFET, with SiO2/HfO2 gate dielectric. All results confirm the high TID tolerance of the thin gate oxide of nano scaled technologies, due to the reduced charge trapping in the gate dielectric. 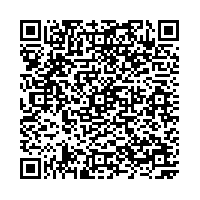