The Benards Convective Triggering Mechanism for the Origin of the Universe

Despite the great success of standard cosmology so far, it still has problems with the “initial singularity” and the Big Bang triggering mechanism. The “emergent cosmological model” is attracting more and more attention because it can phenomenogically solve the puzzle of initial singularity. In this model, the “singularity” is replaced by the “very small static micro-universe”. This micro-universe as well as the vacuum environment can be considered a dissipative system. Bernard’s convective cell is the typical feature of the dissipative system. This paper analyzes in detail each physical quantities corresponding to Bernard’s convective cell in the micro-universe. The conclusion is that the unevenness of matter density can lead to the “Bernard’s convective cell”, which will trigger the Big Bang. The important thing is that it is a spontaneous process. The tropical cyclone-like morphology of the spiral galaxies provides strong supporting evidence for the theory put forward by this paper. Moreover, these spiral galaxies have very similar rotation curve and rotation periods. This can be considered a “same gene” in these spiral galaxies. 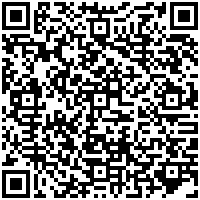