Part II. THE FEASIBILITY AND THE CONSEQUENCES OF A MECHANISM-TYPE STRUCTURE FOR LIGHT THAT IS BASED ON A NON-WAVE BUT PERIODIC SPREADING IN FREE SPACE.

In a previous article we draw the attention that the spreading of light at large distances (the whole space) is the only property which can decide by yes or no if light really spreads physically like waves, while the fit of the waves for describing the diffraction fringes is insufficient for this purpose. Indeed, the fringe space is too limited and hence, brings the possibility of misinterpretation. Hence, the experiment for the verification if light is spreading like waves at large distances is necessary in principle, and is crucial. However, very surprisingly and tragically, this experiment was totally missing in history. As described in detail in the previous article, this experiment uses the simplest diffraction case, in which a beam of light falls perpendicularly with its axis on the line and the plane of a straight edge. Practically, this experiment verifies if there is a dependence of the diffracted light at large distances in the geometrical shadow, on the changes in beam thickness traversal to a single straight edge, while the distribution of light along the straight edge remains the same. If this dependence exists, as the wave theory for light fundamentally predicts, then the wave approach to light is spreading physically true. If there is no dependence then light cannot behave physically like the waves do. We attempted this experiment for many years, but could not finish it because of the lack of resources to measure at 100m–500 m. Our detailed description and attempt for this experiment, presented in the previous article, will empower big labs to perform this absolutely necessary experiment. However, our previous article also shows the alternative experimental proof that the answer to how light spreads also comes from comparing the well-known wave results for the diffraction on macroscopic holes with relatively recent data for the diffraction on nanoscopic holes. This comparison clearly shows that light does not spread physically like the waves do, which clearly demonstrates the necessity of a new, mechanism-type, non-wave but periodic structure for light in free space. Such an alternative answer regarding the spreading of light also makes absolutely necessary to perform the above missing experiment, as a direct way that convinces anybody how light is spreading. The present article shows that such a new structure for light is feasible based on the concept of finely dispersed matter or dark matter, with immense consequences in physics. This would be the start for further developments, or for alternative and better developments. 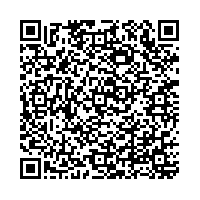