Solar facular nodes regarded as relatively stable and long-lived bright active formations with a diameter from 3 to 8 Mm and having a fine (about 1 Mm or less) magnetic filamentary structure with magnetic field strengths from 250 G to 1000 G are modeled analytically. The stationary MHD problem is solved and analytical formulae are derived that allow one to calculate the pressure, density, temperature, and Alfven Mach number in the configuration under study from the corresponding magnetic field structure. The facular node is introduced in a hydrostatic atmosphere defined by the Avrett & Loeser model and is surrounded by a weak (2G) external field corresponding to the global magnetic field intensity on the solar surface. The calculated temperature profiles of the facular node at the level of the photosphere have a characteristic shape where the temperature on the facula axis is lower than that in the surroundings but in the nearest vicinities of the axis and at the periphery of the node, the gas is 200-100 K hotter than the surroundings. Here, on the level of photosphere, the model well describes not only the central darkening of the faculae (like Wilson depression, as in sunspots), but also ring, semi-ring and segmental facular brightening observed with New Swedish 1-m Telescope at high angular resolution. In the temperature minimum region (z = 525 km), the central dip in T-profile disappears, the temperature at the facular axis considerably exceeds the temperature of the ambient plasma, and the facula as a whole is here hotter than the chromosphere. At all heights of the chromosphere the temperature of the faculae is higher than surrounding environment at the same level. This difference is particularly significant at heights of 1.5 and 2.2 Mm, where the main contribution to gas pressure within the facular node makes a pressure of the external magnetic field, which at these heights is already comparable with the internal magnetic field of the facula and even begins to surpass it. Apparently, it is these layers of the facular flux tube at heights of more than 1Mm that form the bright phenomena which are designated by observers as flocculi or plages. 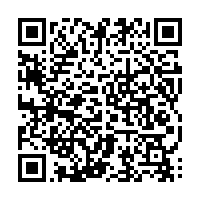